Franklin Center Board of Trustees

Franklin Center is governed by a working Board of Trustees composed of Franklin Center and committed community leaders. They are responsible for the development and implementation of policies and programs that will enable the school to reach its educational, operational, and financial goals. People who volunteer to serve on our board come from a variety of backgrounds, yet are all united in their passion for the mission of Franklin Center and its students.

Bob serves as a Partner with Partners in Mission, a Catholic school consulting firm in leadership coaching, governance and board development, strategic planning and executive recruitment. He served for 30 years in public and private school education, most recently as President of Benilde-St. Margaret’s. Bob’s career began in the Minneapolis Public Schools where he served as a special education teacher and administrator. Bob currently serves on the Board of the St Louis Park Emergency Program (STEP); as a St Louis Park Community Representative on the Southwest Light Rail Transit (SWLRT) Construction Information Workgroup; on the Philanthropy Council of Crescent Cove; and serves as a Fire Commissioner for the St Louis Park Fire Department. 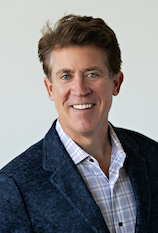 John is Chief Executive Officer of Ligand Pharmaceuticals, a medical research and technology company. Prior to Ligand, John was a senior executive at other biotech companies and an investment banker in New York City. He is currently a Director of BioTechne, a publicly-traded company headquartered in Minneapolis, and he serves on Biotechne’s Audit and Governance committees. He has served on numerous other boards of public and private companies, including serving as Chairperson for CoMentis, Inc. and BlueZones. John received his Bachelor of Arts in Economics from Colgate University, and was a member of Colgate’s Board of Trustees. John’s son is a graduate of Franklin Academy and is now active in Franklin Capstone. 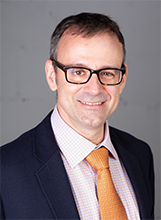 Pat serves as the chair of the Franklin Center’s Finance Committee. He is the Assistant Provost for Global Education at Augsburg University. His portfolio includes study abroad programming, student and faculty exchange, and oversight of staffing and financial operations in Minneapolis and abroad. Prior to Augsburg, he served as the Director of Operations at the Higher Education Consortium for Urban Affairs (HECUA) and the Chief Operating Officer at Global Volunteers. Pat earned a BA in history from St. Olaf College and a master’s degree in international economic development from the Humphrey School at the University of Minnesota.

Brenda serves as the chair of Franklin Center’s Governance and Nominating Committee.  She has been a legal executive for over 30 years and has extensive experience in governance, legal, and compliance matters. Currently, she is General Counsel for Minneapolis-based life sciences company Bio-Techne.  Brenda earned her bachelor’s degree from Calvin College and a law degree from the University of Chicago.  She is married with two grown children. 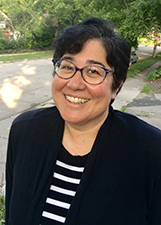 Aki serves as the chair of Franklin Center’s Development Committee. She began her career as a Teach For America high school math educator in Los Angeles, California. After teaching many different grades and subjects in the United States and Japan, she shifted into a business career as a buyer for a national retailer. When her son was diagnosed with autism, she decided to dedicate all of her time to helping her son realize his fullest potential. She is the proud mother of a Franklin Academy 9th grader and is excited to serve on the Board of Trustees. 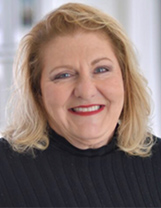 Teri Crosby retired from her IT Consulting job in 2003 where she concentrated on developing Information Systems until asked to teach the credit processing system she developed for US Bank. Immediately she became hooked on teaching and finished her career traveling the world training in the world of Information Technology development. Since retirement, she has concentrated on family, philanthropy, community improvement, and travel.

Teri is an active member of two family foundations, various volunteering including tax preparation, Loaves and Fishes, special needs TA and has worked 15 years on an auction committee for the annual Second Harvest Heartland Dish Cuisine for Change spring event. Since her 2002 marriage to Robert, an adult diagnosed with Asperger’s in 1987, Asperger’s awareness has become a strong passion for Teri. 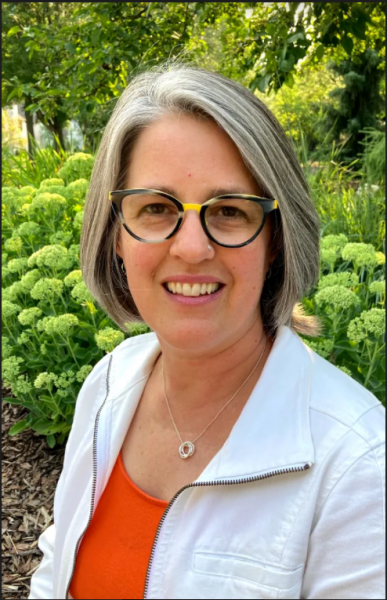 Allison serves on the Governance and Nominating Committee . Allison has over 15 years of experience in benefits, payroll, and HRIS from positions at MacPhail, Caribou Coffee, Buffalo Wild Wings, and Macalester College. Allison earned her Bachelor of Science in Arts Administration from Northwestern University. She has three children; one in college at CU-Boulder and two in high school at Franklin Academy. 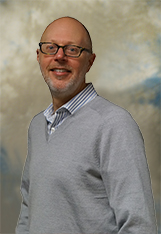 Ross serves on the Finance Committee. He is a Business Resiliency Advisor at Cargill, a privately held global company bringing food, agricultural, financial and industrial products to people around the world. Prior to Cargill, Ross held a variety of Resiliency and Finance leadership positions at Best Buy, UW-Stout, and Northwest Airlines. He earned his B.A. degree in Mathematics and Statistics and an M.B.A. from the University of Minnesota. Ross has a son at Franklin Academy. 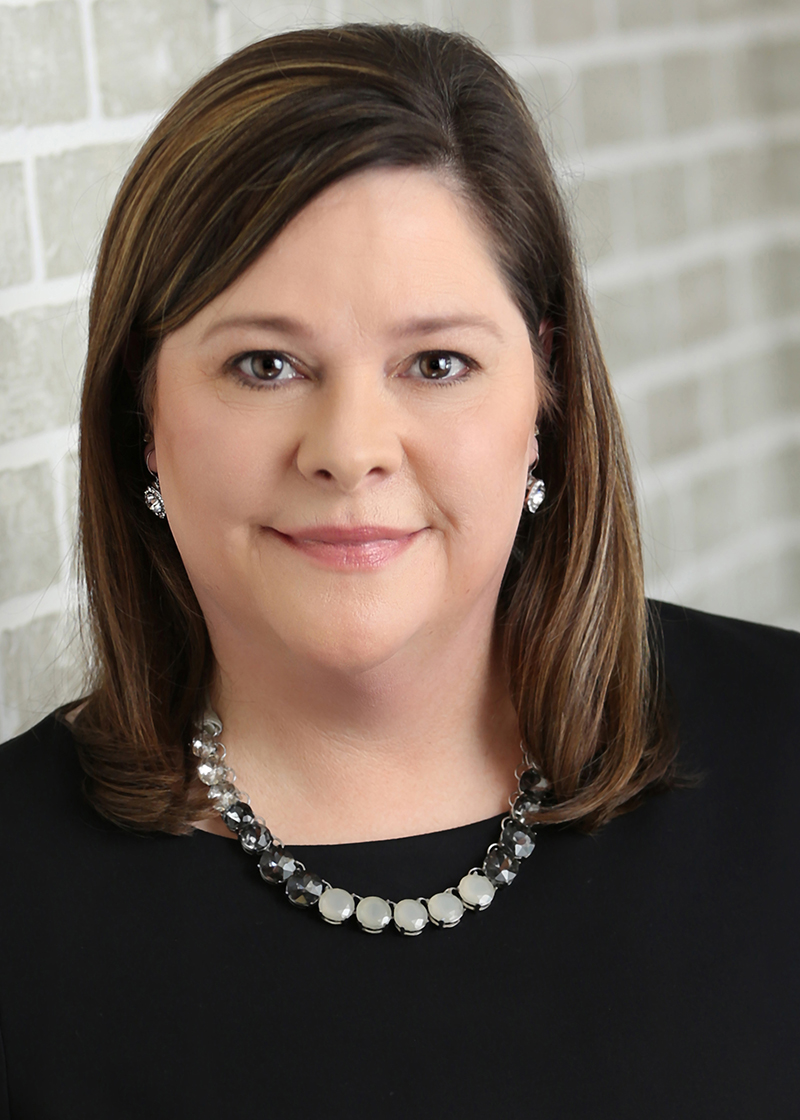 Patty is currently a member of the Governance and Nominating Committee. Patty is a Sr. Sales Planning Manager for Crystal Farms Cheese in Minnetonka, where she manages a team that supports the sales planning and trade spending of the Crystal Farms sales team. She previously worked for GNP Company, Kellogg’s, Best Buy, and Target in various roles, including sales, category management, and pricing. She earned her Bachelor of Science in Finance from the Carlson School of Management and her Masters in Business Administration from Bethel University. 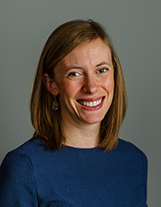 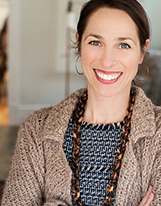 Jen Kyllonen is a residential Realtor with Edina Realty’s 50th & France (Minneapolis) office. She has 24 years of experience selling real estate all over the Twin Cities and is a perennial member of Edina Realty’s “Chairman’s Circle,” which includes the top .5% of Realtors nationally. Most notable, Jen has a participation award acknowledging 25 years of marriage and high honors for launching two adult children.

After working many years in finance and accounting, Rob co-founded tgbBRANDS and led their operations. He currently works as a business consultant specializing in developing start-up companies. Rob earned a Bachelor of Science in Accounting/Finance from St. John’s University. He currently serves on the Finance Committee. 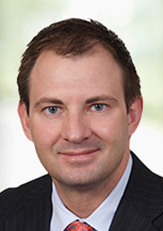 Andy is an audit partner in the Minneapolis office of KPMG and specializes in providing professional services to healthcare and not-for-profit organizations. Andy is also a board member and finance chair of Twin Cities R!se. Andy earned his Bachelor of Arts from Boston College. 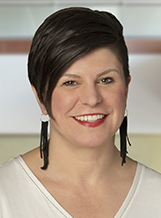 Audra sits on the Development and Facilities Committees. Audra is an Associate General Counsel at Ryan Companies US, Inc., headquartered in Minneapolis. Audra previously practiced real estate law at Dorsey & Whitney LLP and earned her undergraduate and law degrees at the University of Minnesota. Her son is a middle school student at Franklin Academy. 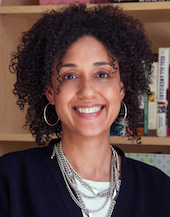 This fall, Carrie will start her 26th year at Breck School and is just shy of 30 years of experience in education.  At Breck, Carrie has taught middle school history, served as an advisor to middle and upper school students, coached track athletes, and served on, or chaired, several committees. Carrie transitioned into administration in 2013 and is starting her 10th year as the Associate Director of Admissions and Financial Aid.  Carrie grew up in Northfield, MN, earning her Bachelor of Arts in Religion from Colgate University.  She and Daren have been together for 12 years, and she has twin step-daughters, Julia and Claire, who will be high school juniors. 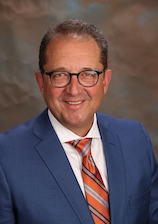 Mark is a founder of Zeman Construction Company and currently serves as the company’s President. He has nearly 40 years of experience in commercial construction management. Mark serves on the Board of Directors for Catholic United Financial Foundation and is the President of Golden Valley Golf and Country Club. Mark and his wife Carrie recently celebrated 25 years of marriage and have raised three children. He is honored and excited to be involved in Franklin Center. 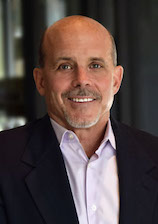 Mike is currently the Chief Operations Officer of Children’s Activities Management, which owns and operates 7, “kid focused” athletic activities facilities, in the upper mid-west. He has consulted many public and private organizations in the health and fitness industry via ProfitPerformance Group, where he is Founder and Managing Partner. Previously Mike was Senior Vice President of Operations at LifeTime Fitness. He created LifeTime University, managed the growth and development of the first 70 locations nationally and assisted in taking the company public in 2003. Currently, he serves as Chairman of the Board of FISION corporation, a publicly traded company. Mike and Cathy Jo have been married for 33 years and have two daughters. Mike served in the US Naval Submarine service as a qualified US Navy Diver. He attended Naval Nuclear Power School and held multiple engineering certifications. He is honored to have been selected to the board of trustees and is excited to help the future growth of the Franklin Center.